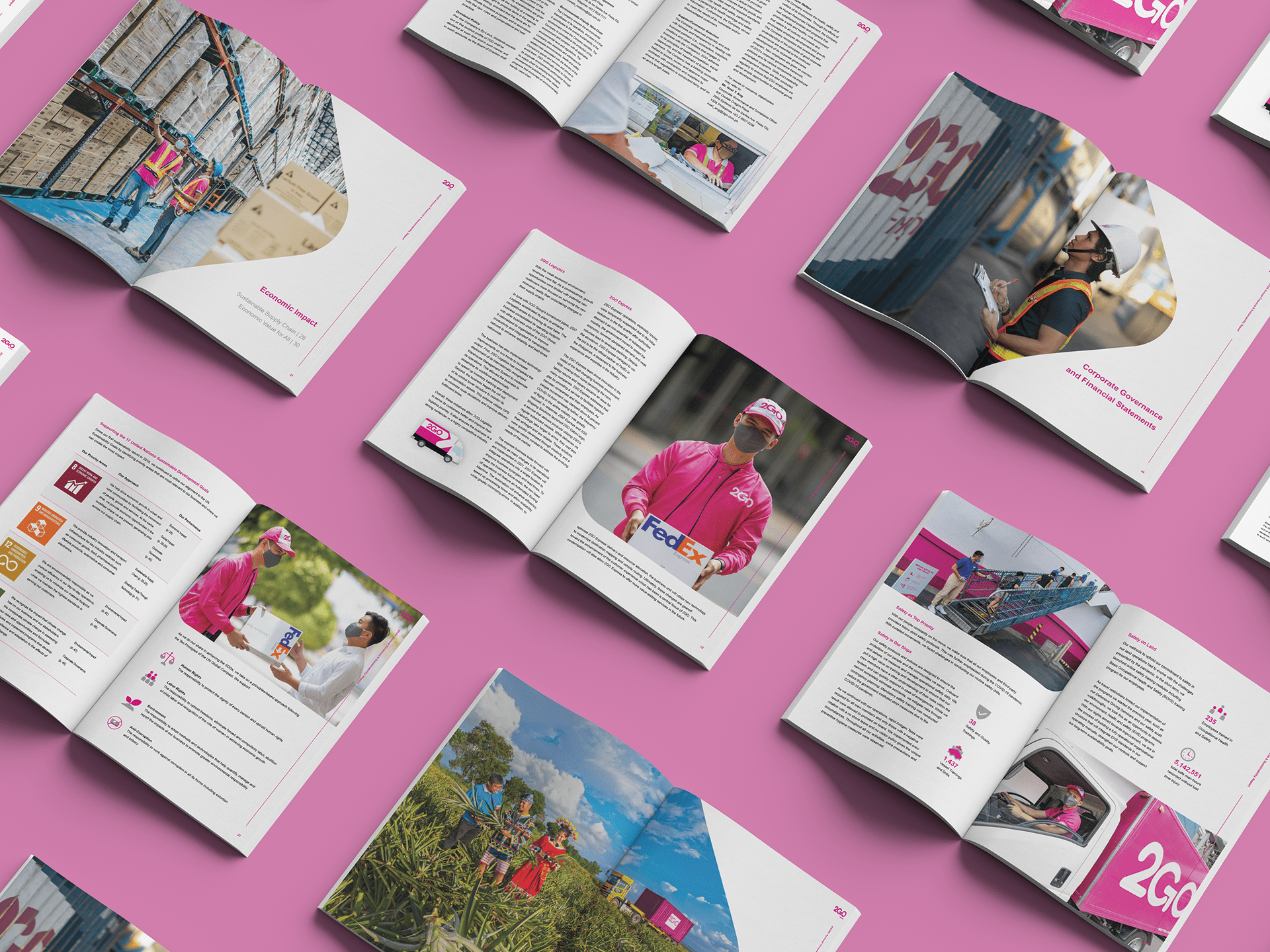 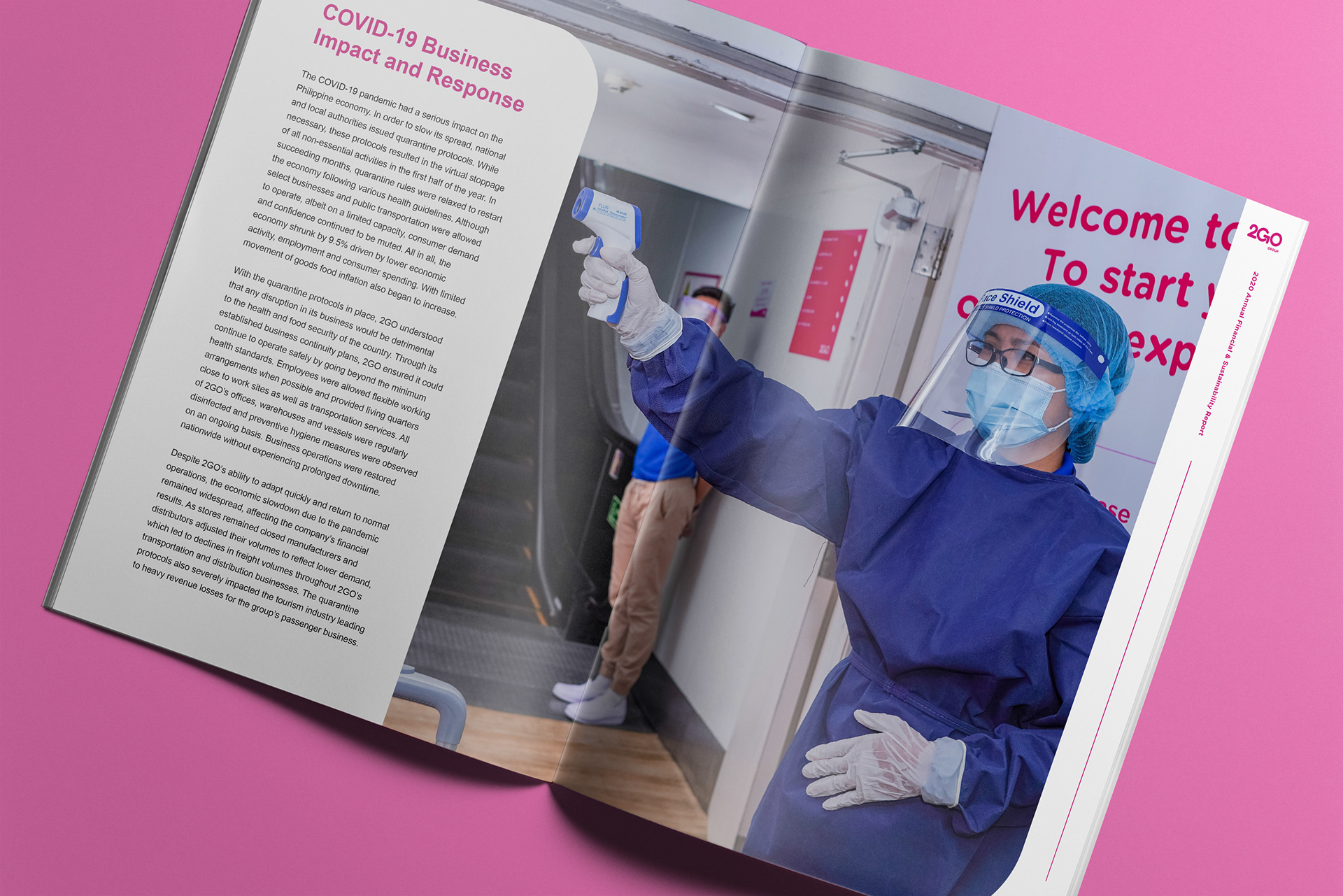 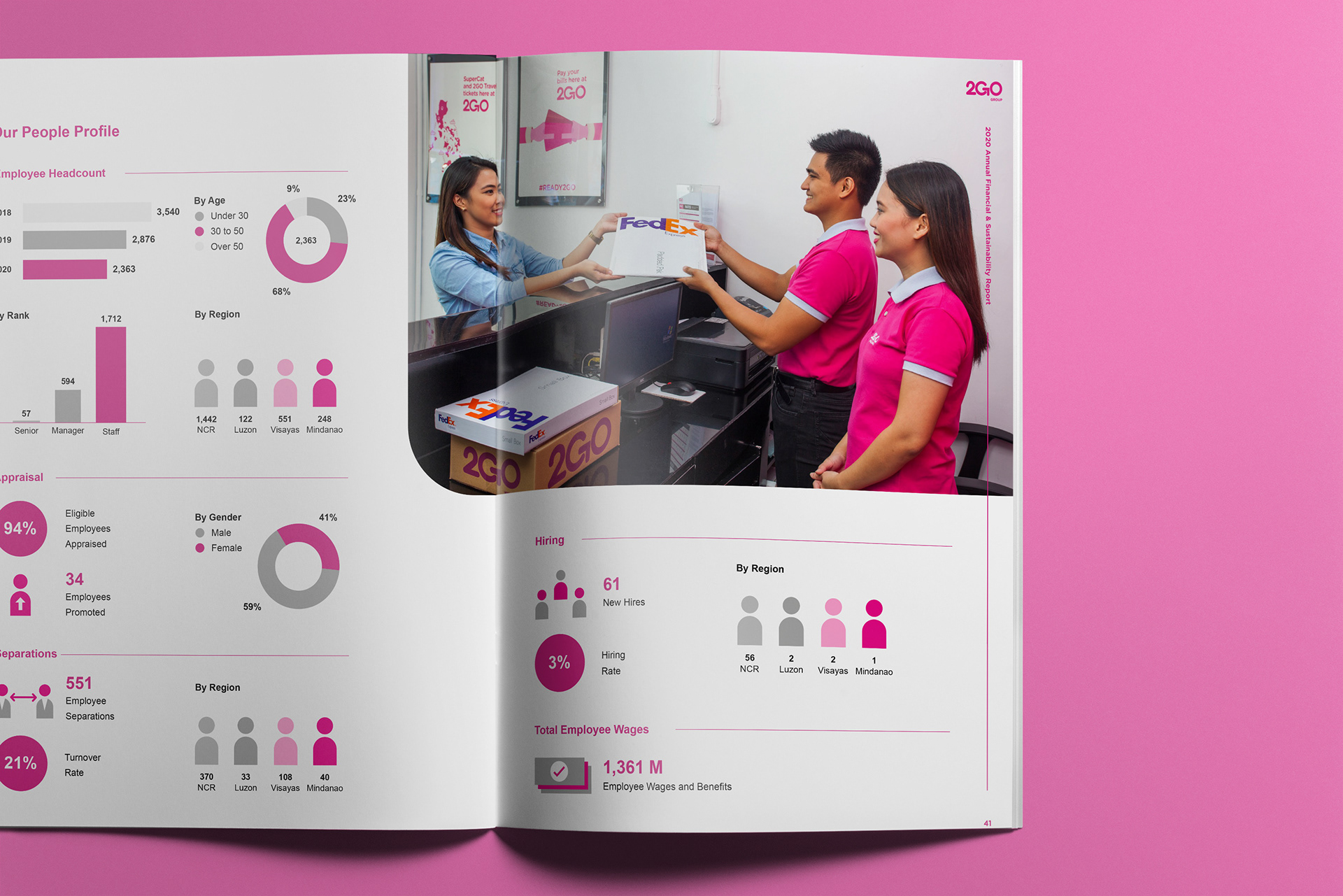 2GO, the Philippines' largest integrated transportation and logistics provider, wanted to merge their financial and sustainability report for 2020.

For their 2020 Annual Financial & Sustainability Report, 2GO decided to extend their report readership to employees and customers. The challenge was to make highly technical data accessible for the average reader. This means easy to comprehend—and easier on the eyes.

2GO also wanted to focus on something outside numbers: community efforts and the value of resilience. A significant part of the content focused on their initiatives in adjusting to the COVID-19 pandemic, all of which had been implemented within the company and on a national level. As such, this project aims to serve as an insight to that.

Rather than having their financial initiatives as the only central point, this project also gives a glimpse into the company’s service-driven efforts for employees and customers. Veering away from the idea of a formal report, 2GO wanted to ensure that the project resonates with more people.

To do this, the studio balanced the technicality of the project with simplicity and minimalism. A clean layout with consistent breathing space, accompanied by straightforward iconography, lets readers navigate through the report fluidly. The featured photos softened the data and made the project more people-centric.

For the photographs, people were the focus for a number of reasons: first, to give the much-needed “human touch” to the data; and second, to exhibit the theme of resilience. While the pandemic certainly brought about major setbacks—both for the company and its employees—these images vividly show how they consistently rose to the challenges. The 2GO community continued to engage in company operations and response capabilities, and these images offered a glimpse into their dedication to progress, movement, and the workforce at large.

By breaking the usual conventions of formal print layout style, the studio helped 2GO come up with an easy-to-read report that puts people—and not just data—at the forefront. 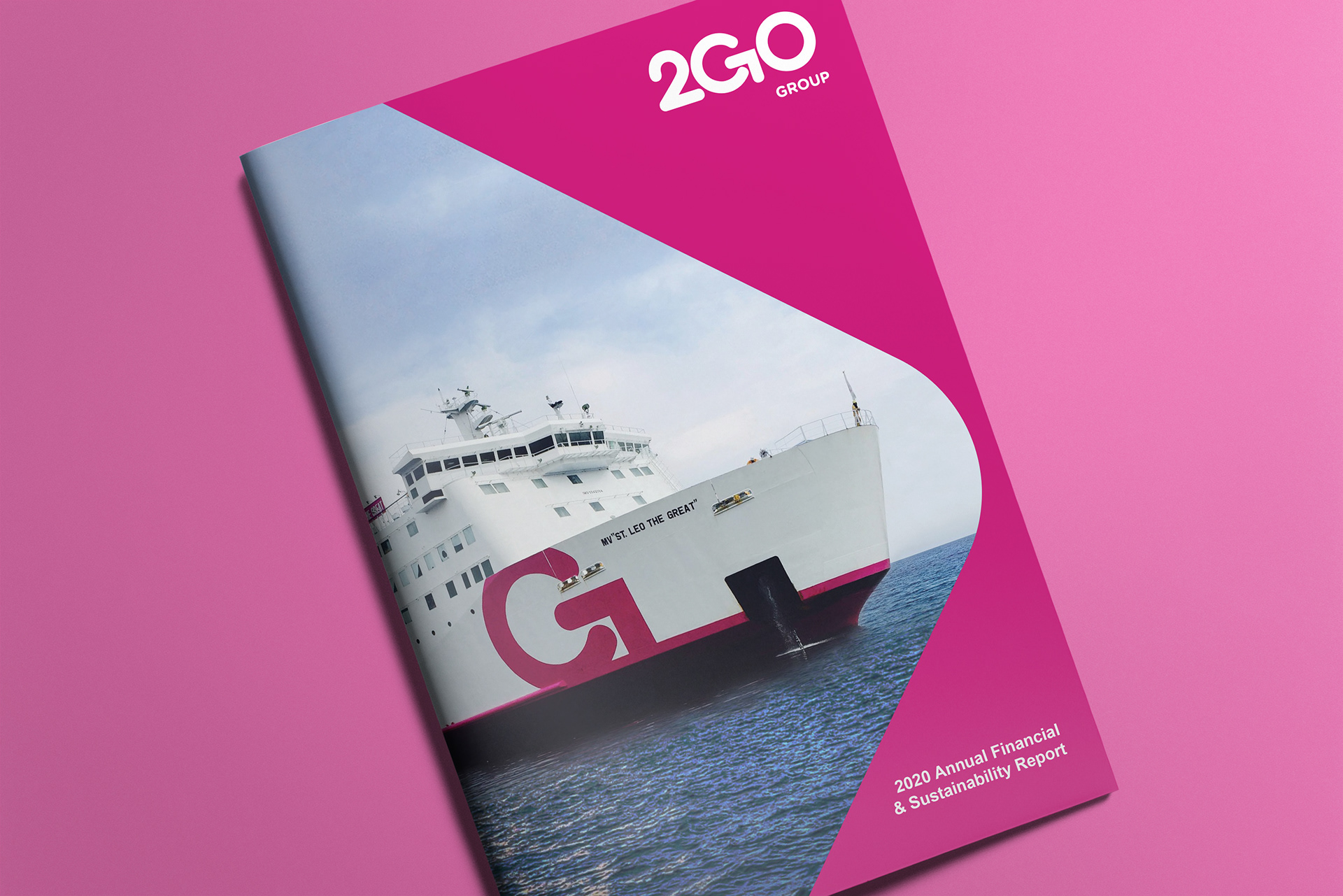 Shoot us an emailBook a video call